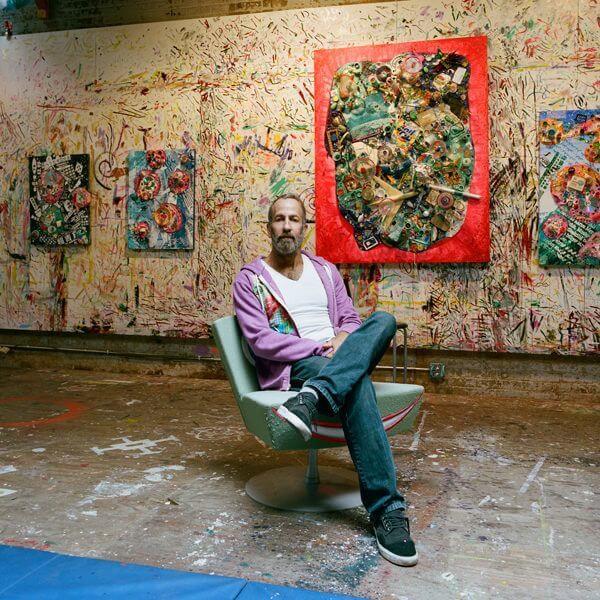 Kenny Scharfhe studied at the School of Visual Arts in New York City, and became part of New York City’s East Village art scene during the 1980s for his ambitious, cartoon-like installations and paintings and his frequent collaborations with his friends, artists Keith Haring and Jean-Michel Basquiat. Scharf’s fun, colorful work is both a nod to the future and a reference to past art historical movements such as Pop and Surrealism. His multidisciplinary practice exists in the realm where pop culture meets science fiction, and his imagery celebrates everything from the Jetsons and the Flintstones to one-eyed creatures, mischievous monsters, and donuts in space.