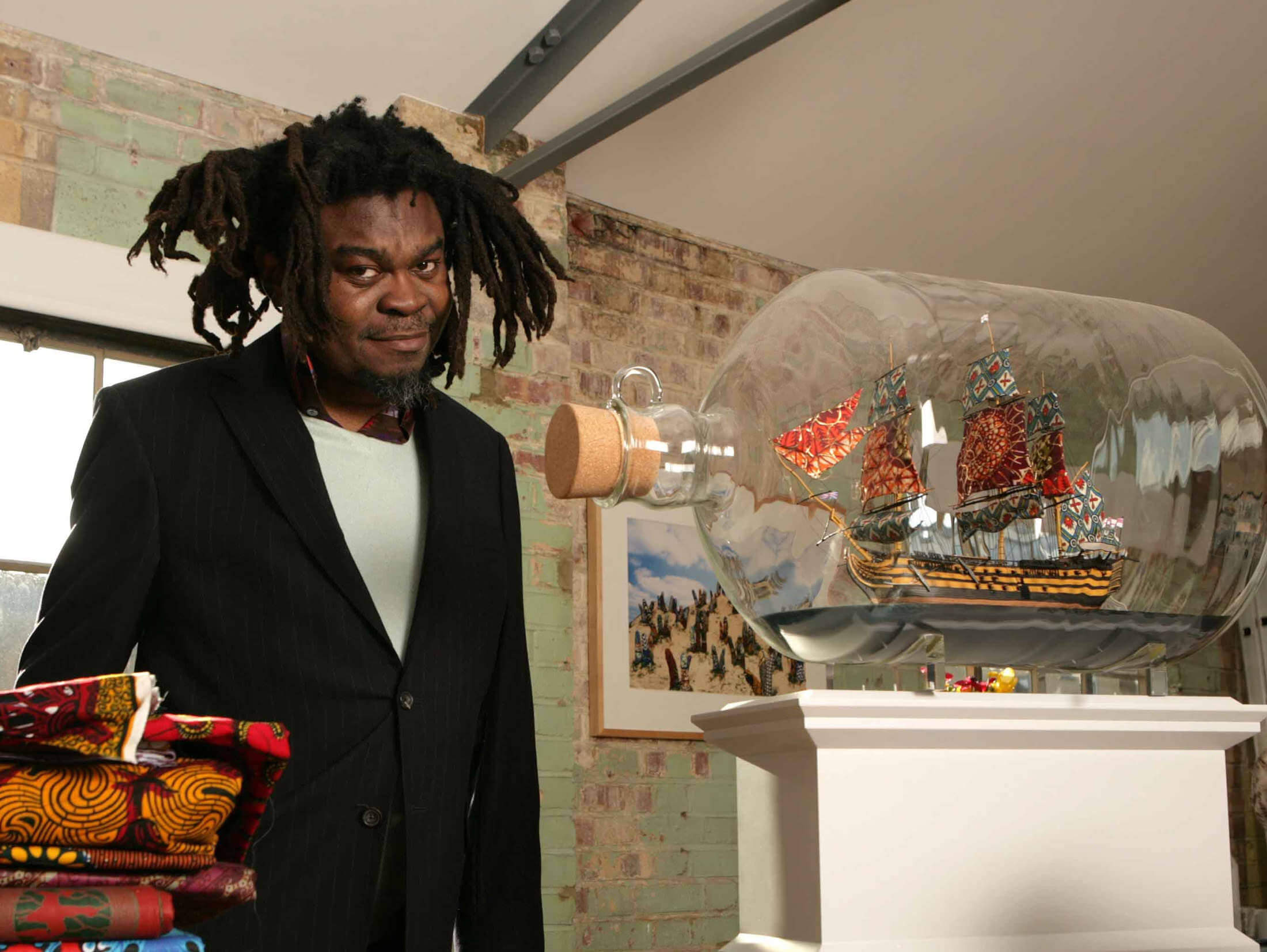 Yinka Shonibare MBE RA was born in London and moved to Lagos, Nigeria at the age of three. He returned to London to study Fine Art first at Byam Shaw College of Art (now Central Saint Martins College of Art and Design) and then at Goldsmiths College, where he received his MFA, graduating as part of the ‘Young British Artists’ generation. He currently lives and works in the East End of London.
Over the past decade, Shonibare has become well known for his exploration of colonialism and post-colonialism within the contemporary context of globalisation. Shonibare’s work explores these issues, alongside those of race and class, through the media of painting, sculpture, photography and, more recently, film and performance. Using this wide range of media, Shonibare examines in particular the construction of identity and tangled interrelationship between Africa and Europe and their respective economic and political histories. Mixing Western art history and literature, he asks what constitutes our collective contemporary identity today. Having described himself as a ‘post-colonial’ hybrid, Shonibare questions the meaning of cultural and national definitions.
Shonibare was a Turner prize nominee in 2004 and awarded the decoration of Member of the “Most Excellent Order of the British Empire”. He has added this title to his professional name. In 2013 he was elected Royal Academician by the Royal Academy of Arts. He was notably commissioned by Okwui Enwezor At Documenta 10 in 2002 to create his most recognised work ‘Gallantry and Criminal Conversation’ that launched him on an international stage. He has exhibited at the Venice Biennial and internationally at leading museums worldwide. In September 2008, his major mid-career survey commenced at the MCA Sydney and toured to the Brooklyn Museum, New York in June 2009 and the Museum of African Art at the Smithsonian Institution, Washington DC in October 2009 . In 2010, ‘Nelson’s Ship in a Bottle’ became his first public art commission on the Fourth Plinth in Trafalgar Square.

Exhibitions
Allied with Power: African and African Diaspora Art
The exhibition highlights artists whose works embody the possibilities and complexities of our contemporary moment, showcasing a wide range of practices and thematics, including abstraction, representation, politics, spirituality, and race. Collapsing national borders, the artists in the exhibition ally with power, representing a kaleidoscope of voices that declare their authority.
07 Nov 2021 - 06 Feb 2022
Pérez Art Museum Miami – PAMM
Miami
Art Spaces