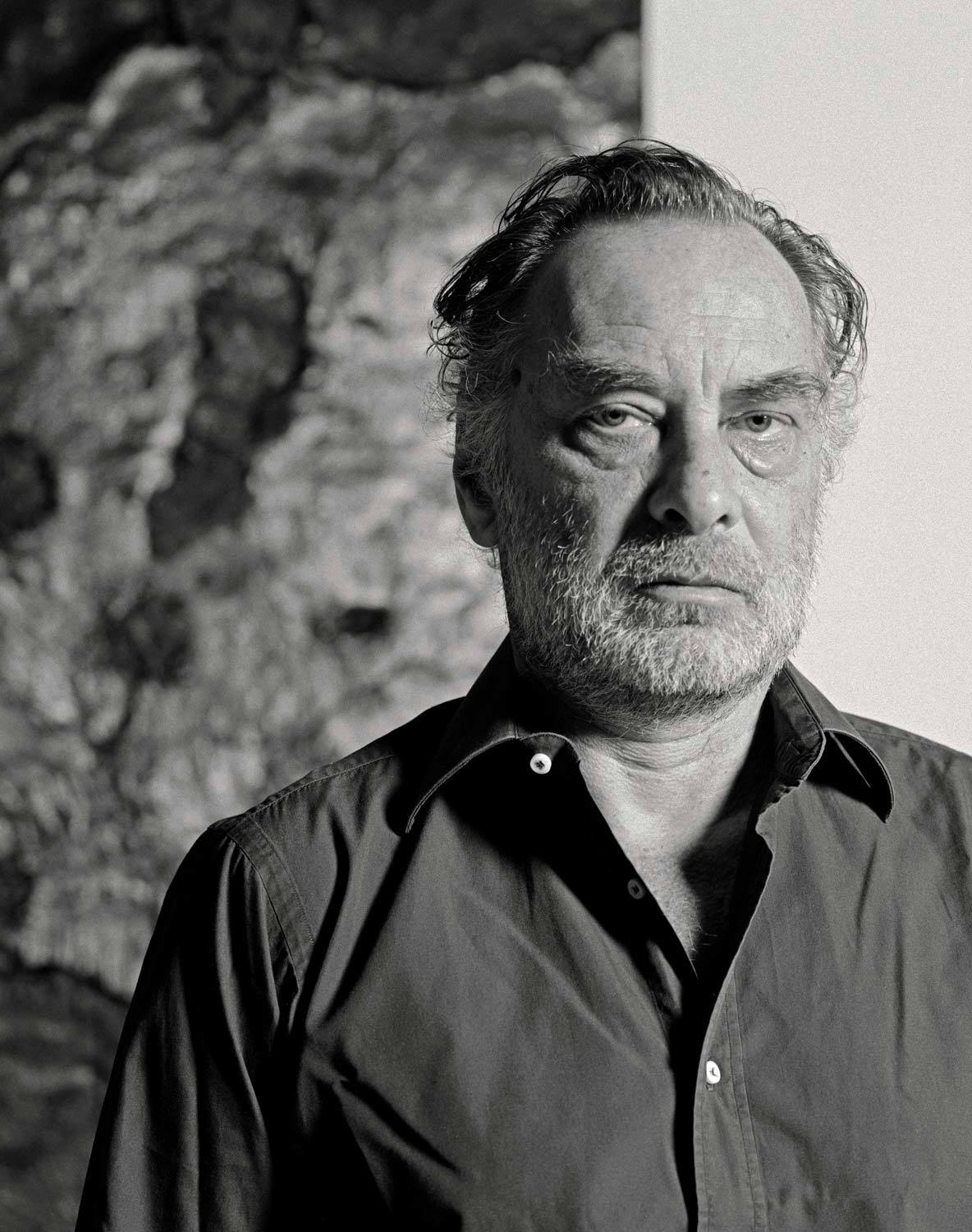 Rudolf Stingel (Italian, b.1956) is a Conceptual artist best known for installations that cover exhibition spaces with monochrome carpets. Born in Meran, Stingel rose to prominence in the late 1980s for his monochromatic, silver paintings with tones of red, yellow, or blue. In the 1990s, Stingel began producing Abstract paintings by applying a single color on the canvas and then spraying silver paint through pieces of gauze. His works on paper use a similar technique of applying oil paint through tulle. Many of Stingel’s prints and installations question the authorship of the artist by emphasizing the democratic and collaborative nature of the artistic process. For his work included in the Venice Biennale in 1989, Stingel created Instructions, a manual in several languages that details the process of making one of his paintings. Stingel’s other installations use a wide range of materials, such as Styrofoam, carpet, and cast polyurethane. For a retrospective of his work in 2007 at the Museum of Contemporary Art in Chicago, Stingel covered the walls with metallic Celotex and encouraged visitors to inscribe the soft surface. Stingel’s work has been exhibited at the Hammer Museum in Los Angeles, the Walker Art Center in Minneapolis, and the Whitney Museum of American Art in New York. He lives and works in New York and Merano, Italy.