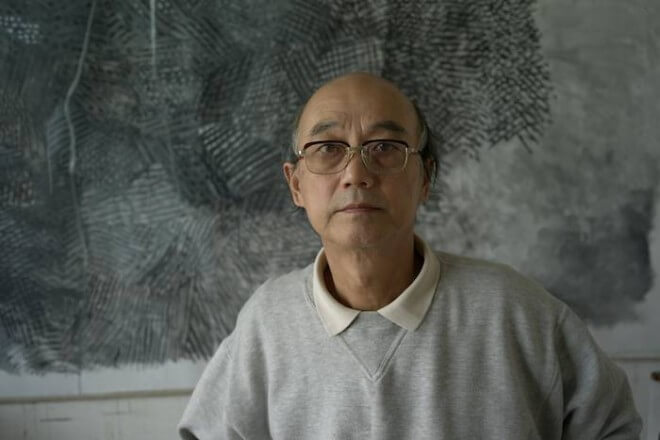 Yu Youhan was born in Shanghai in 1943. He graduated from the Central Academy of Art and Design, Beijing in 1973. Now he resides and works in Shanghai. Along with Li Shan and Wang Guangyi, Yu Youhan is one of the main artists associated with “Political Pop” aesthetics which emerged in the avant-garde movement in the 1990’s, this unique style fused Chinese iconography with Western artistic expression. His work has had a major impact on the cultural scene as well as influenced and inspired a generation of younger artists. Yu Youhan’s earlier work is directly influenced by his experiences during the Cultural Revolution, with prominent imagery of political propaganda and socialist realism. Before constructing this pictorial universe, he practiced an informal and materialist abstraction. His work unravels and reconstructs the meandering histories of diverse environments. As reflected in his pictures, Yu Youhan employs an aesthetic methodology that blends and exceeds seemingly contradictory visual traditions. He earned fame with his highly acclaimed Mao portrait series. He has decorated the iconic images with flowers that blend into the foreground and background. It is not only a decorative gesture, but also an attempt to humanize the late leader.
Yu Youhan has recently shifted his artistic approach in search of a new paint language and subject matter. His latest work consists of landscape paintings that resemble pastorals of a forgotten utopia. Yu Youhan’s extensive oeuvre combines multiple perspectives and investigates the structure of cultural identity in China through an ongoing exploration of various pictorial techniques. His paintings remain ubiquitous yet intriguing.