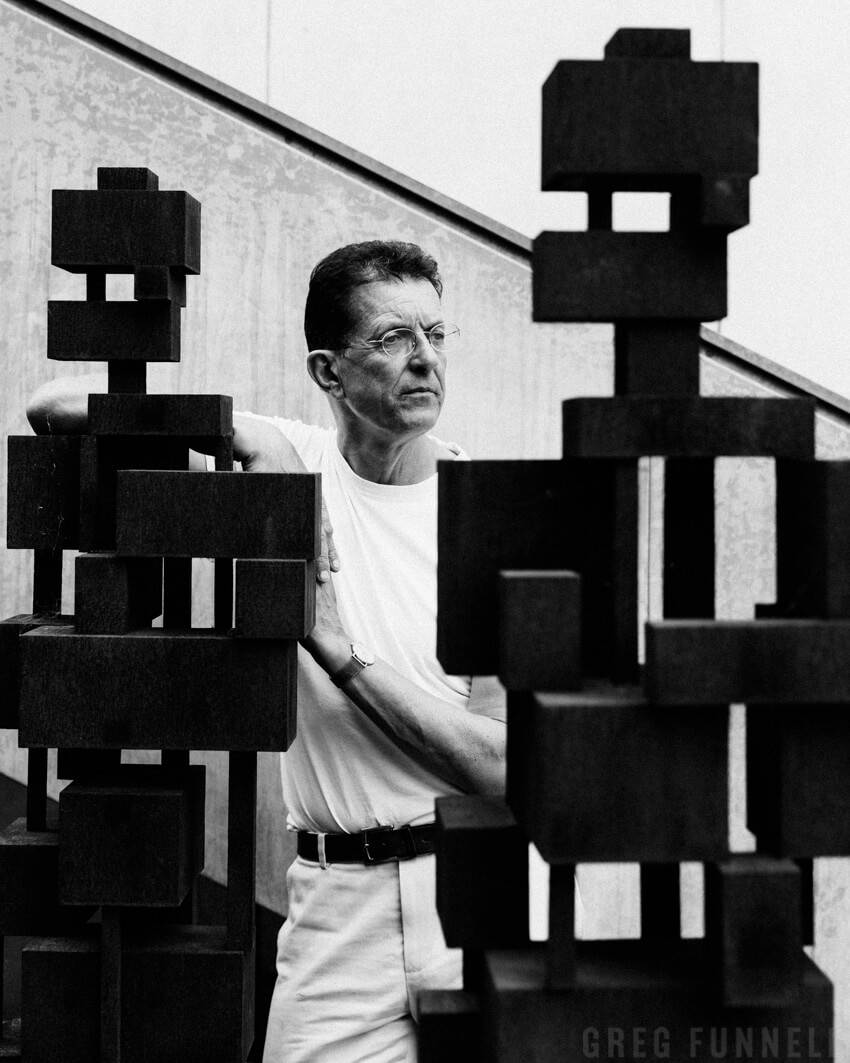 Antony Gormley is widely acclaimed for his sculptures, installations and public artworks that investigate the relationship of the human body to space. His work has developed the potential opened up by sculpture since the 1960s through a critical engagement with both his own body and those of others in a way that confronts fundamental questions of where human beings stand in relation to nature and the cosmos. Gormley continually tries to identify the space of art as a place of becoming in which new behaviours, thoughts and feelings can arise.
Gormley’s work has been widely exhibited throughout the UK and internationally with exhibitions at Zentrum Paul Klee, Bern (2014); Centro Cultural Banco do Brasil, São Paulo, Rio de Janeiro and Brasilia (2012); Deichtorhallen, Hamburg (2012); The State Hermitage Museum, St Petersburg (2011); Kunsthaus Bregenz, Austria (2010); Hayward Gallery, London (2007); Malmö Konsthall, Sweden (1993) and Louisiana Museum of Modern Art, Humlebæk, Denmark (1989). He has also participated in major group shows such as the Venice Biennale (1982 and 1986) and Documenta 8, Kassel, Germany (1987). Permanent public works include the Angel of the North (Gateshead, England), Another Place (Crosby Beach, England), Inside Australia (Lake Ballard, Western Australia) and Exposure (Lelystad, The Netherlands).
Gormley was awarded the Turner Prize in 1994, the South Bank Prize for Visual Art in 1999, the Bernhard Heiliger Award for Sculpture in 2007, the Obayashi Prize in 2012 and the Praemium Imperiale in 2013. In 1997 he was made an Officer of the British Empire (OBE) and was made a knight in the New Year’s Honours list in 2014. He is an Honorary Fellow of the Royal Institute of British Architects, an Honorary Doctor of the University of Cambridge and a Fellow of Trinity and Jesus Colleges, Cambridge. Gormley has been a Royal Academician since 2003.

Exhibitions
Antony Gormley: GROUND
Gormley approaches the age-old subject of the human body in his own unique, yet universal and philosophical way, building on art history and conceptual sculpture of the 1960s and 1970s.
26 May 2022 - 25 Sep 2022
Museum Voorlinden
The Netherlands