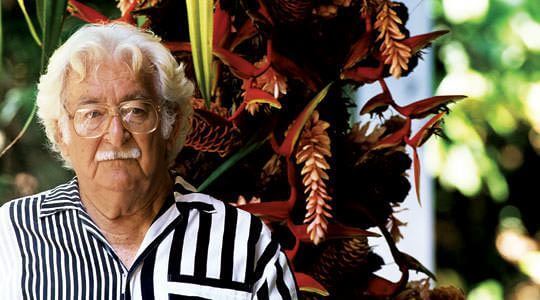 Roberto Burle Marx was a ground-breaking artist and designer working in Brazil. He became interested in plants and gardens in his youth but his first public commission was in 1935 in Recife. more public and private commissions followed, during which time he developed his ideas about using native plants in bold block planting. In 1949 he acquired a house, now called Sitio Roberto Burle Marx, about 50km (30 mi) southwest of Rio de Janeiro which he used to propagate promising plants he found during expeditions to the forests and savannahs, and where he experimented with plant associations and designs for the rest of his life.
The following gardens are a few of those either designed by or heavily influenced by Roberto. In many cases he was employed to landscape the modernist architecture that was commissioned as the economic climate of Brazil developed, but his innovative designs in no way take second place to the architecture. The dates and names shown are those of the original garden. In many cases the designs have subsequently changed, sometimes with Roberto’s advice or through growth and changes in ownership and maintenance.