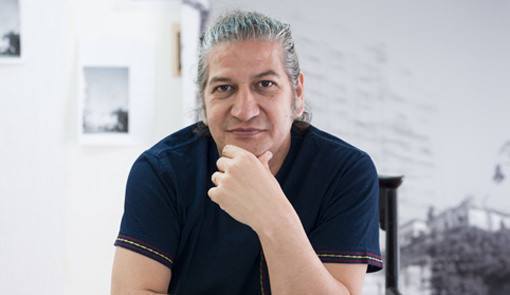 Carlos Garaicoa studied thermodynamics before his mandatory military service, during which he worked as a draughtsman.
Garaicoa has exhibited extensively around the world, his works having been included in major exhibitions such as the Kwanju Biennale, Korea (1997), the Biennale of Sao Paolo and Documenta XI (2002). Although based in Havana,   he encapsulates the very contemporary phenomena of the itinerate artist, constantly travelling for the circuit of Biennale’s and commissions.
The artist acknowledges a powerful relationship between his work and literary models of the city, particularly the concept of city as a symbolic space as it appears in the work of the writers Jorge Luis Borges and Italo Calvino.

Exhibitions
Carlos Garaicoa
On the occasion of Art City Bologna 2022, the Oratory of San Filippo Neri hosts the site-specific installation by artist Carlos Garaicoa.
10 May 2022 - 15 May 2022
Bologna