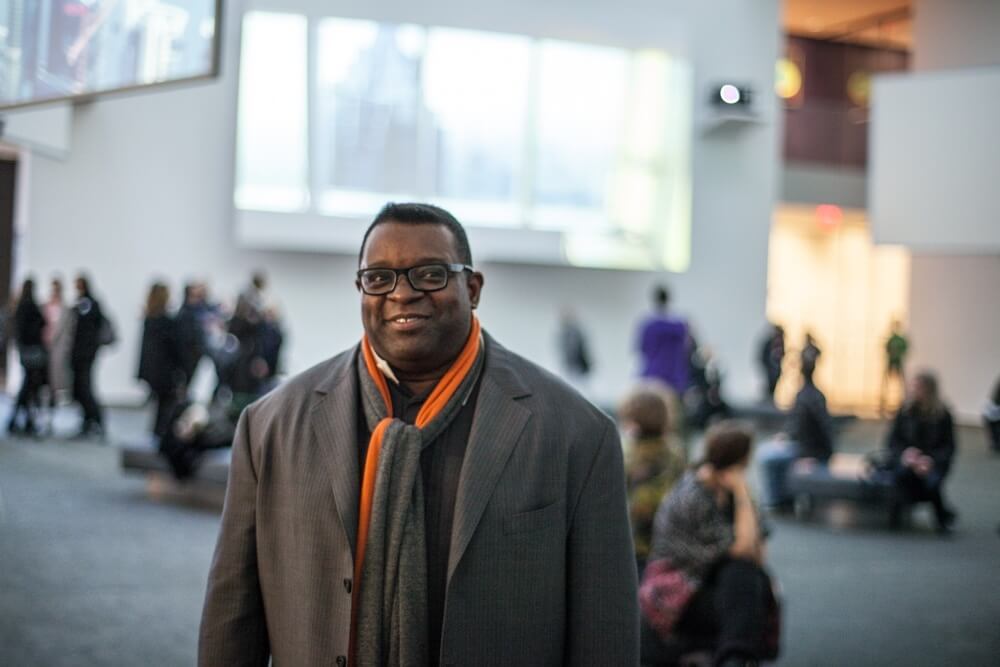 Isaac Julien was born in 1960 in London, where he currently lives and works. While studying painting and fine art film at St Martin’s School of Art from which he graduated in 1984, Isaac Julien co-founded ‘Sankofa Film and Video Collective’ in which he was active from 1983–1992. He was also a founding member of Normal Films in 1991.
Julien was nominated for the Turner Prize in 2001 for his films The Long Road to Mazatlán (1999), made in collaboration with Javier de Frutos and Vagabondia (2000), choreographed by Javier de Frutos. Earlier works include Frantz Fanon: Black Skin, White Mask (1996), Young Soul Rebels (1991) which was awarded the Semaine de la Critique Prize at the Cannes Film Festival the same year, and the acclaimed poetic documentary Looking for Langston (1989), which also won several international awards.

Exhibitions
Diaspora Pavilion
On the occasion of the 57th Venice Biennale, International Curators Forum (ICF) and University of the...
13 May 2017 - 26 Nov 2017
Palazzo Pisani Santa Marina
Venice