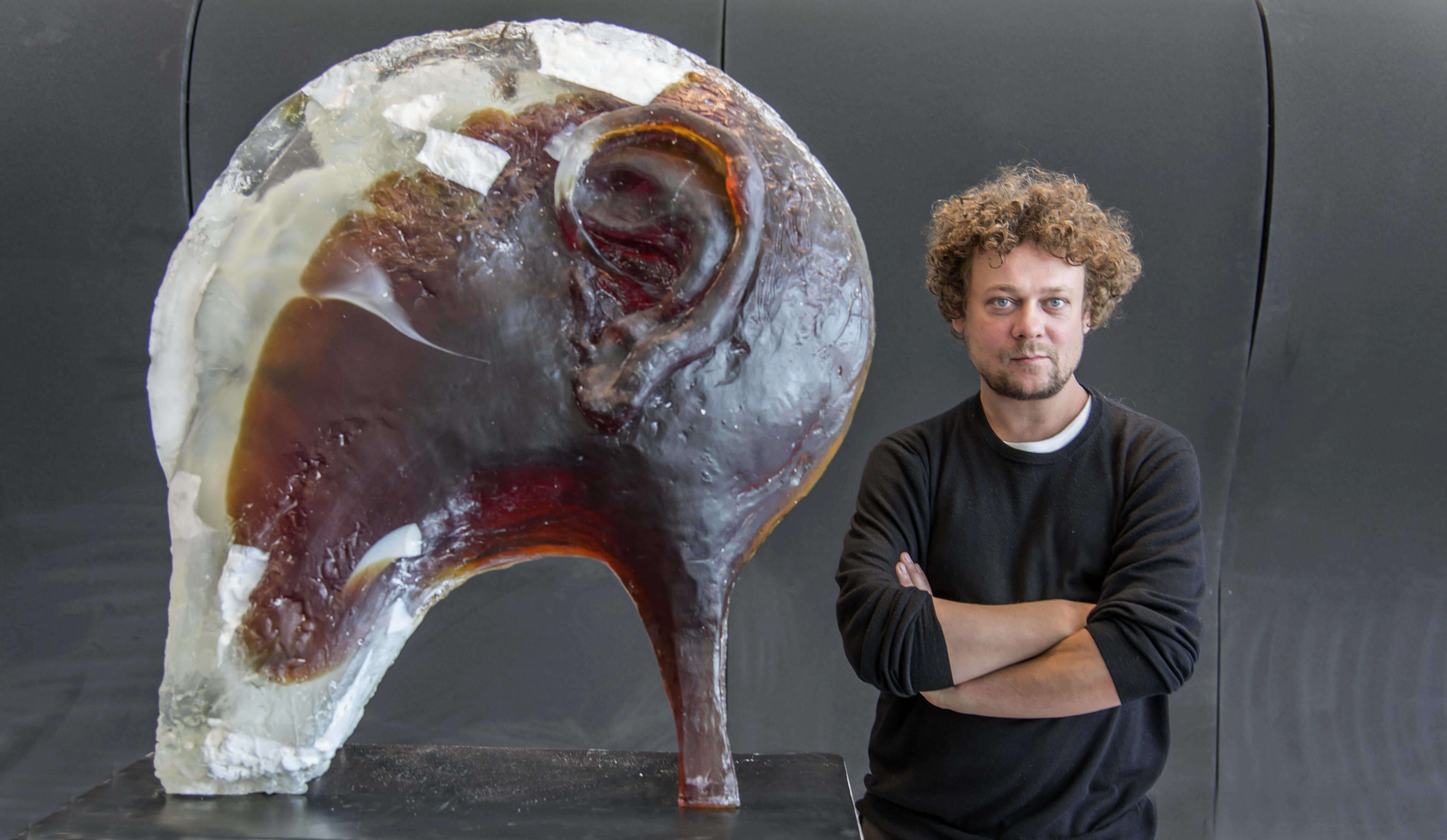 Perrone’s work in photography, film, and sculpture draws from and expands upon the rich history of twentieth-century Italian art movements ranging from Arte Povera and Transavanguardia to Futurism. Perrone first received critical attention for his photographic series as if fascinated by what remains still in the background (1999). For the series, Perrone photographed the elderly residents of his hometown holding large animal horns and antlers. In preparation for another series, The Thinkers of Holes (2002), the artist and his father spent months digging holes up to nine feet deep on their property in Asti. The series of photographs documents the chasms and the young men interacting with the excavated landscape. While the images recall the use of photography to document land art and performance, they exist as independent entities. Perrone’s 3-D digital animation Totò Nudo (2005) shows the 1950s Italian performer, Antonio Clemente (nicknamed Totò), undressing in the forest in choreography that is somber and nearly silent except for a barking dog. From 2005 to 2008, Perrone labored over a series of large structures, formed alternately from epoxy resin or fiberglass, entitled The Casting of a Bell, which sculpturally document the process of creating a large bell through the shapes of its negative spaces and its tools.

Exhibitions
Piero Golia, Diego Perrone on Chris Burden
In a three-day course Golia and Perrone will run a workshop open to students and public which aims to...
28 Mar 2017 - 10 Apr 2017
The Classroom
Milan

Exhibitions
May You Live in Interesting Times at the Foot of Hills. How to Lie Low and Ski at Once. The Piedmont Pavilion
Castello di Rivoli Museum of Contemporary Art and Sandretto Re Rebaudengo Foundation present “The...
08 May 2019 - 20 Jul 2019
Combo Venezia
Venice
Art Spaces