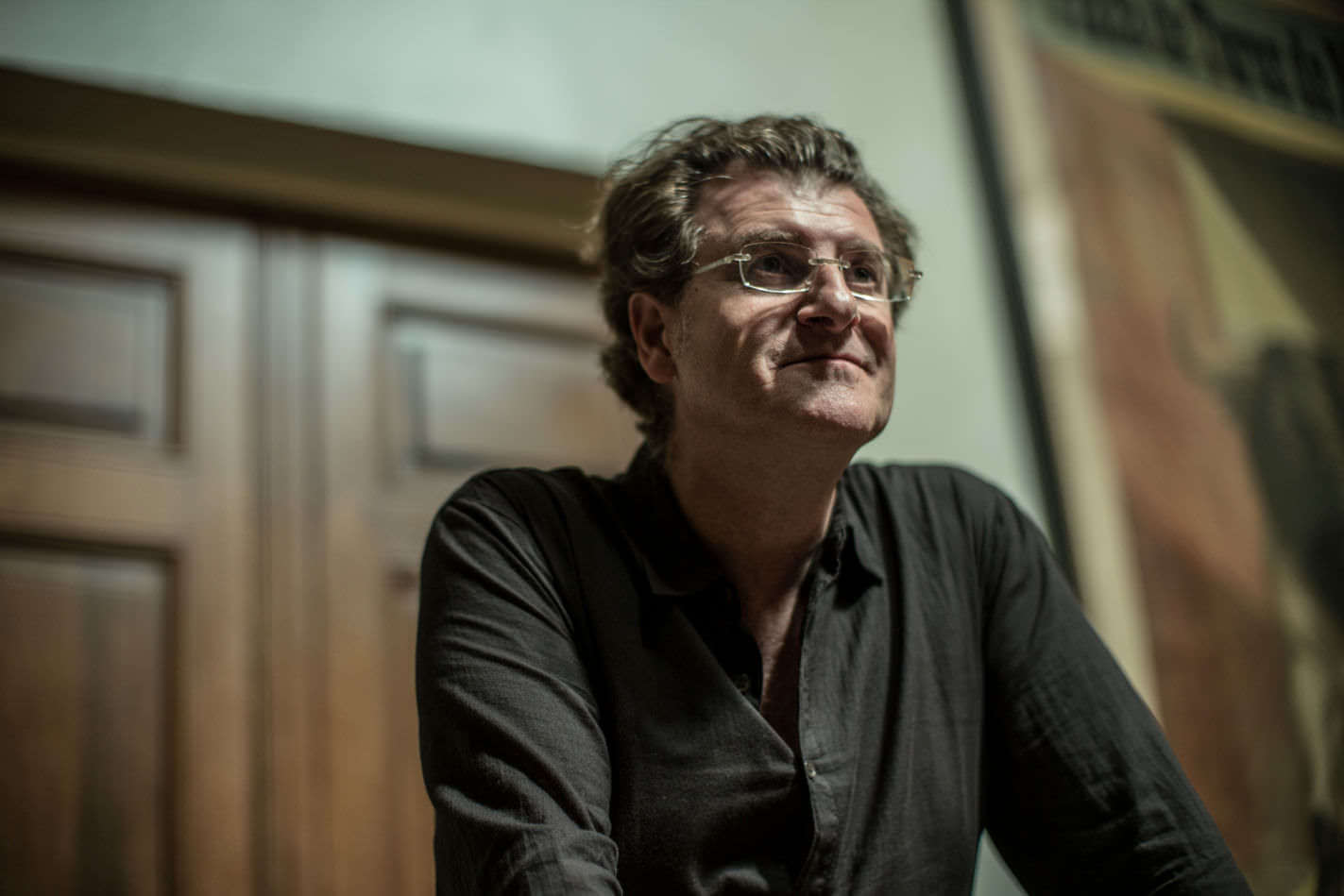 Jaar’s work has been shown extensively around the world. He has participated in Biennales of Venice (1986, 2007, 2009, 2013), Sao Paulo (1987, 1989, 2010) as well as Documenta in Kassel (1987, 2002). Important individual exhibitions include The New Museum of Contemporary Art, New York; Whitechapel, London; The Museum of Contemporary Art, Chicago; The Museum of Contemporary Art, Rome; and Moderna Museet, Stockholm. A major retrospective of his work took place in summer 2012 at three institutions in Berlin: Berlinische Galerie, Neue Gesellschaft fur Bildende kunst e.V. and Alte Nationalgalerie. In 2014 the Museum of Contemporary Art Kiasma in Helsinki hosted the most extensive retrospective of his career. Jar has realized more than sixty public interventions around the world. More than fifty monographic publications have been published about his work. He became a Guggenheim Fellow in 1985 and a MacArthur Fellow in 2000. His work can be found in the collections of The Museum of Modern Art and Guggenheim Museum, New York, the MCA in Chicago, MOCA and LACMA in Los Angeles, the Tate in London, the Centre Georges Pompidou in Paris, the Centro Reina Sofia in Madrid, the Moderna Museet in Stockholm, the Louisiana Museum of Modern Art in Humlaebeck and dozens of other institutions and private collections worldwide.

Exhibitions
Alfredo Jaar: Gold in the Morning
Alfredo Jaar is an artist, architect and filmmaker. He was born in 1956 in Chile, where he was also educated....
08 Apr 2015 - 23 May 2015
Galeria Luisa Strina
São Paulo

Exhibitions
Alfredo Jaar at n.b.k.
For its annual project, n.b.k. commissioned an exterior project on the façade of its building on Chausseestrasse,...
14 Sep 2017 - 30 Aug 2018
Neuer Berliner Kunstverein
Berlin

Exhibitions
The Street. Where the World is Made
The exhibition gathers more than 200 works by around 140 artist to pay an homage to the street, investigated not...
07 Dec 2018 - 28 Apr 2019
Rome
Art Spaces