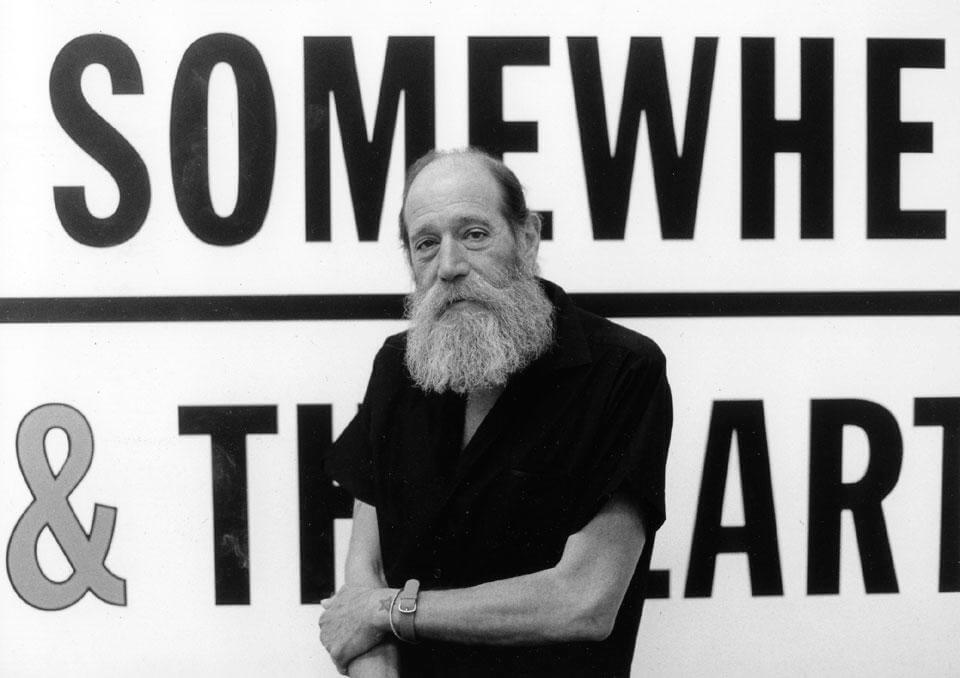 Born in New York in 1942, Lawrence Weiner played a pivotal role in the development of Conceptual art in the United States in the 1960s, questioning traditional notions of art and moving away from the art object in favor of a practice based in ideas and actions.

Weiner‘s primary medium was language, yet his artworks are not simply the texts themselves, but rather the content or idea he refers to in his words. His work exists in multiple forms: as written language, as speech, or as a physical manifestation of the content described by the language. This democratic approach to art-making reveals a social ambition. Weiner was interested in art’s “use factor,” its accessibility, and how it relates to the people who experience it.

He is represented by Lisson Gallery and Marian Goodman Gallery.